To begin the discussion of Curiosity Lab, you must first begin with the ecosystem in which it exists.

Peachtree Corners is a suburb of Atlanta and is uniquely positioned to benefit from some of the economic development advantages that surround a metropolitan area.  With Atlanta specifically, these include high level educational opportunities, the world’s busiest airport, and the southeastern hub of the United States.

In Peachtree Corners, the economic development corridor is located the center of the city in an area known as Technology Park Atlanta (Tech Park).  This area represents the majority of where the city collects their occupational tax and retail sales tax revenues.   Tech Park is important for several reasons, but most importantly, it represents the origin of the city, which come into existence in July of 2012.

The area really began to establish itself in the 1960s, when a Georgia Tech graduate turned developer Paul Duke, decided to address the exodus of talent from the Georgia Institute of Technology from the Atlanta area due to the lack of available technology jobs.  Duke began looking at ways to develop around the metro Atlanta area, and took his inspiration from the Research Triangle area of North Carolina.  With that inspiration, Duke speculatively constructed an area approximately 20 miles from the city, that included an abundance of Class A office buildings with the intention of filling them only with tech companies.  As it was being constructed, it began growing, and it was aptly named Technology Park Atlanta.

Since its inception, Tech Park has grown to over 500 acres in land area, supports over 10,000 employees, 2,000 residents and services approximately 60,000 cars that travel on State Road 140, the main throughfare that bifurcates the park.  Having the combination both business and residential has turned Tech Park into a living, breathing, ecosystem in and of itself.

Some of the initial residents of Technology Park Atlanta included General Electric, Scientific Atlanta (now part of Cisco Systems), and Hayes Microcomputer Products.  Over the years, there there have been numerous technological developments and advancements that that took place in Tech Park. One of the most interesting was the development and creation of the first PC modem by Georgia Tech graduate Dennis Hayes and business partner Dale Heatherington in April of 1977.  Hayes is one of only four of the initial inductees into Georgia’s Technology Hall of Fame.

Due to its locations outside of Metro Atlanta, the city developed within a highly competitive area surrounded by many established, high performing municipalities.  Leadership of the new city began the process of finding a path forward to grow and develop the city for the future, particularly from an economic development standpoint.  One unique thing came to the surface, Tech Park.

To capitalize on Tech Park, city leadership focused on one of the main missions of a city government, the ownership, operation, regulation, and construction of public infrastructure.  With this focus, leadership was able to make Peachtree Corners available to others, both public and private. The city began to develop ways of making the city easy to access, inexpensive, and as minimally bureaucratic as possible for both business and residents.  Using Tech Park as a base, Peachtree Corners began creating an ecosystem of technological evolution.

The city began to develop Tech Park into an environment in which business could thrive.  To do this, they had to find a unique solution to the problems of technology development that had not yet been solved.  Many steps are necessary for creating a successful technology.  The first step is proof of concept.  Following concept development, testing must be conducted in a closed, safe, and controlled environment.  After successful closed testing, real world testing is required.  Due to numerous safety and regulatory reasons, most technology cannot just be introduced in a public arena.  There needed to be an intermediate step.

This is where Peachtree Corners began to thrive.  Peachtree Corners answered the question of how to introduce testing to the real world, with real people, in a safe environment, that is not available on private land or in a major metropolitan area.  Since private companies could not own public infrastructure, the city began to create a location for this intermediate step by capitalizing on their owned public infrastructure and designing and developing it to become a permanent location for the next level of technology testing.

This development is what has become Curiosity Lab, a living, breathing, real world ecosystem, that was created to provide a next level technology testing environment for national and international companies. 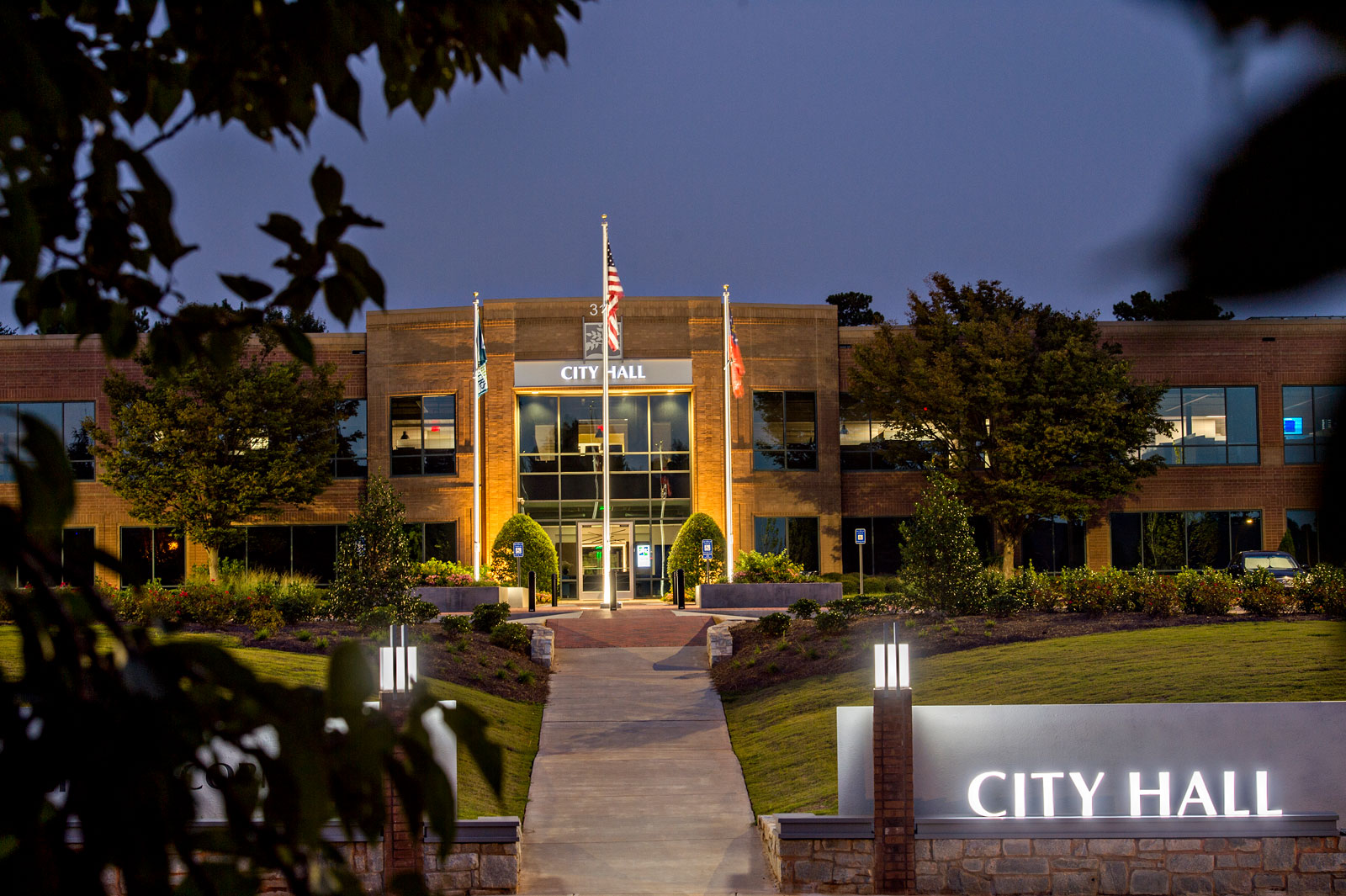 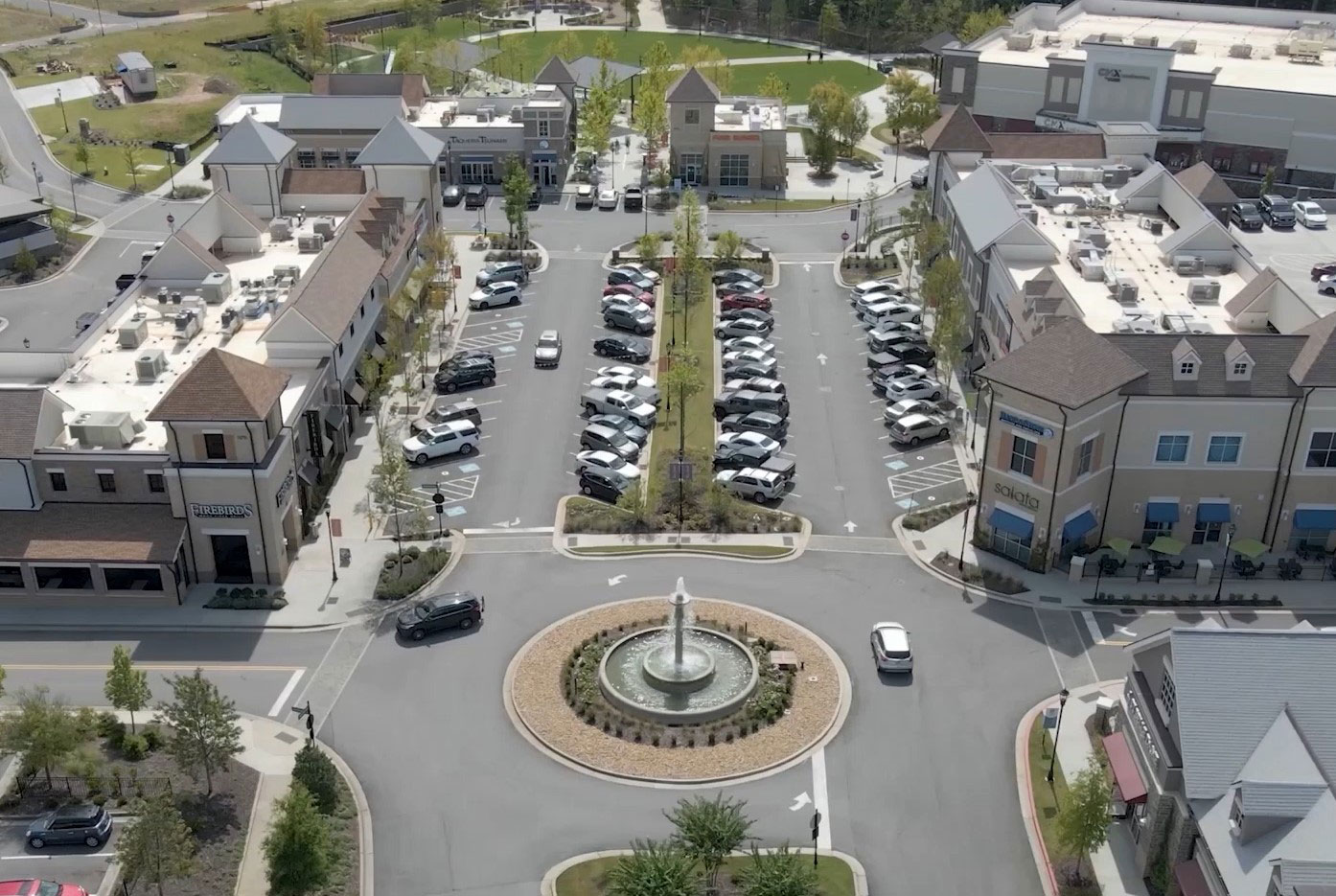 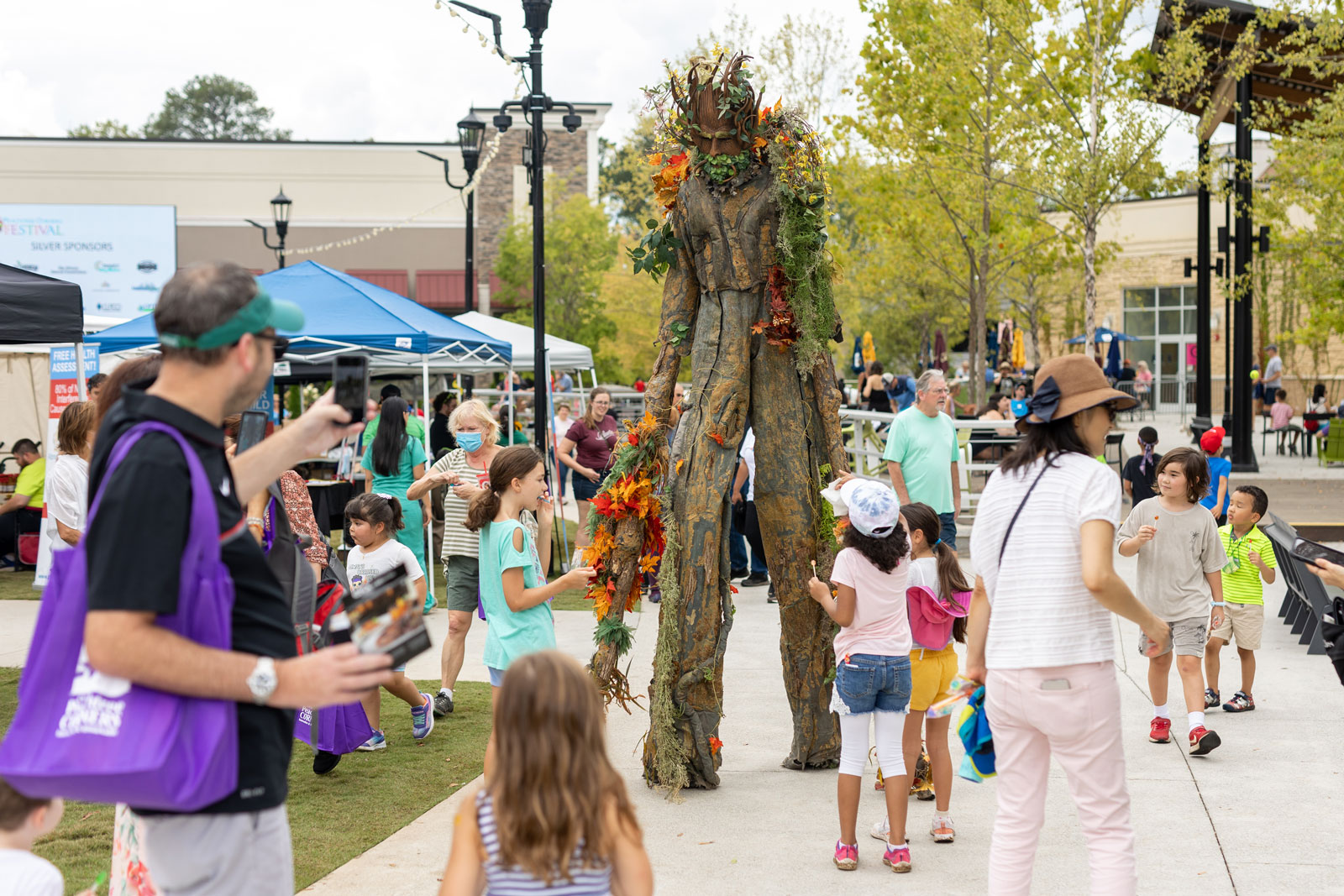 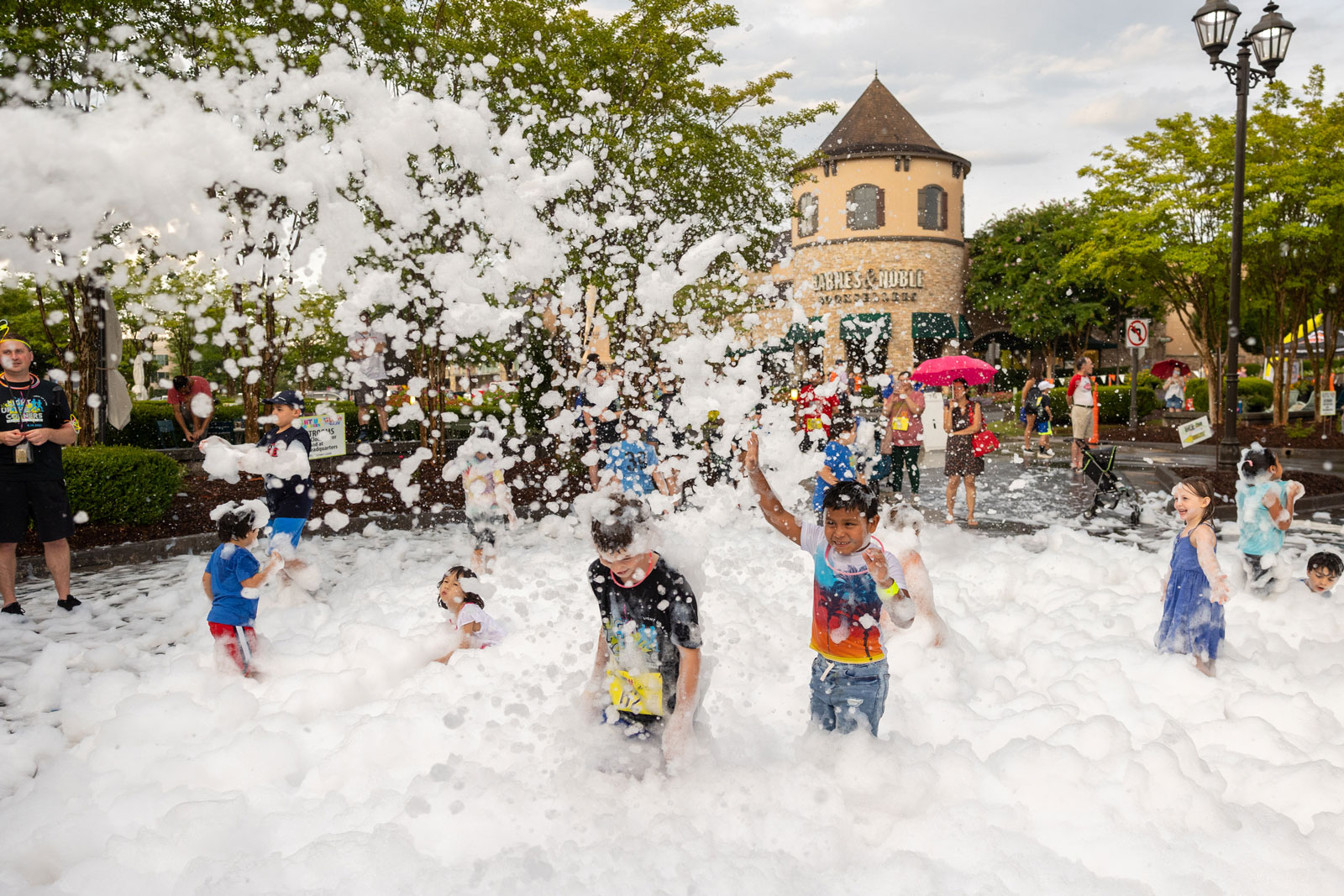 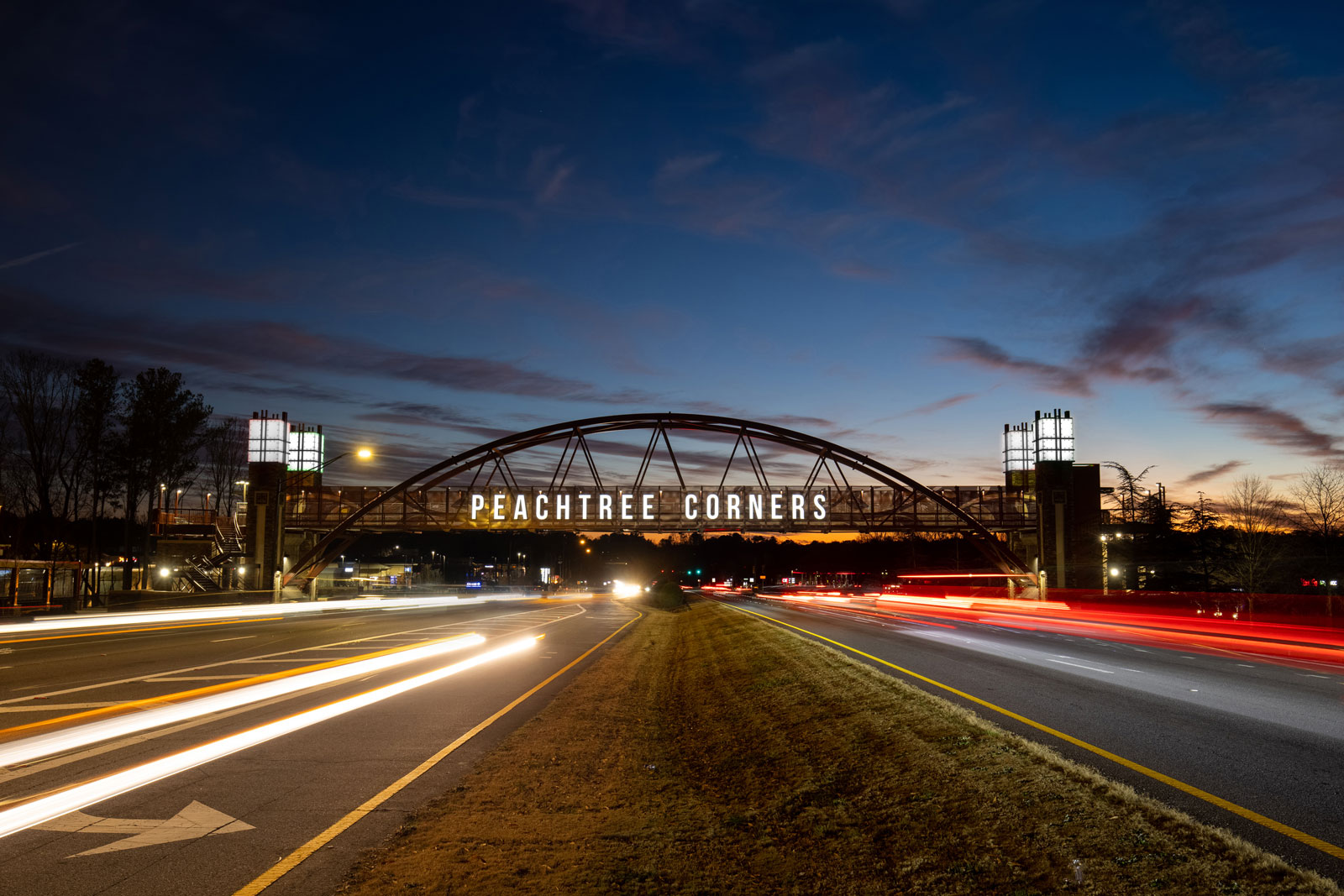